What I learned from testing over 400 mobile game ads

I have created and tested over 400 video ads for 33 different games and prototypes and I wrote over 70 marketing data analyses. I’ve been part of a team that worked hard to create epic experiments to improve metrics. And on top of that, I’ve really taken the time to dive deep into the skills I want to master. And in doing so, I’ve collected a bunch of learnings that I’m now ready to share.

How to design a winning creative

We all know that most of our creatives fail. Out of all the creatives I’ve tested this year, only 1-3% fit into the winning category. And I’m not the first one to figure this out. Big publishers and marketing agencies have shared findings pretty similar to mine. This means that, to find that special unicorn ad, you have to test a lot of ideas. Sadly, Creatives can quickly lose their effectiveness due to short attention spans, quick changes in the market and ad-fatigue. This means that if viewers see the same or similar ads multiple times, they won’t engage with it anymore. That’s why you need to keep moving, even if you have been so lucky to find your unicorn ad. You can do this by continuing to test completely new ideas and by iterating on the best performing ads you already have.

I personally divide new creative concepts into 3 categories: Experiments, research based ideas and iterations. I’ll start with what they should all have in common:

Now for the differences:

Ideas that have proven to work well in 2021

So what are the kind of ideas that have worked well for mobile game ads in 2021 and will most likely continue to work well for 2022? I’ve compiled a list:

You only have 15-30 seconds to convince the viewer to play your game, use this time wisely. Complex gameplay might look really cool to you because you’ve been playing this game for hours, but that doesn’t mean a fresh audience who has never seen your game before is going to understand what is going on. Make sure to remove anything that is not helping to explain the game. And add anything that could help with this.

Games that have simple A or B choices have been skyrocketing in the App Stores this year. It wouldn’t hurt to use this same principle in your ads too. To do this successful you have to give the viewer a meaningful choice where the outcomes of either choice has a big impact.

Have you ever seen anyone play a game for the first time and totally failing at it? Don’t you want to take over and show them how its done? This is the type of creative that keeps performing very well and understandably so. The idea works best if the gameplay is easy to understand, and the player in the ad makes obvious wrong choices while the right choice is right there on the screen.

Humans are feeling creatures and this means that we’re more likely to respond to something if it emotionally affects us. This could be thinking that something is funny, feeling accomplished and powerful, but frustration, anger and fear are also really strong motivators to engage with content. There’s a reason horror games are still popular. If you know how to use emotions in your ad well, you might have a winner on your hands!

You can take this advice in the biggest sense of the word, but examples of big contrasts that have worked well this year are: big vs small, bright vs dark, slow vs fast, chaos vs calm, noob vs pro.

How to learn from testing so many creatives

It can be pretty overwhelming to test so many different ideas. That’s why it’s important to keep things organised. This can mean different things to different people. The marketing managers before me loved spreadsheets, but I found them difficult to read and, without any context, hard to learn from. I decided I needed something more visual. I started documenting data outside of spreadsheets, and included color coding for different benchmarks, and screenshots to visualise what I was talking about. As I was working on this structure I often asked and received feedback from different people in different positions within the company. They shared with me things they found most useful. I suggest you find out what your team needs in order to get the most out of the data you’re collecting.

Don’t forget to check your own results with what your competitors are doing! Most ideas aren’t new, and changes are that people have already spent money testing the exact same thing. Doing this research can safe you a lot of time and money. Speaking of doing your research, did you recognize all mobile games in the header? 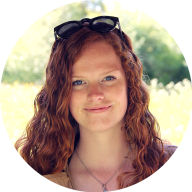